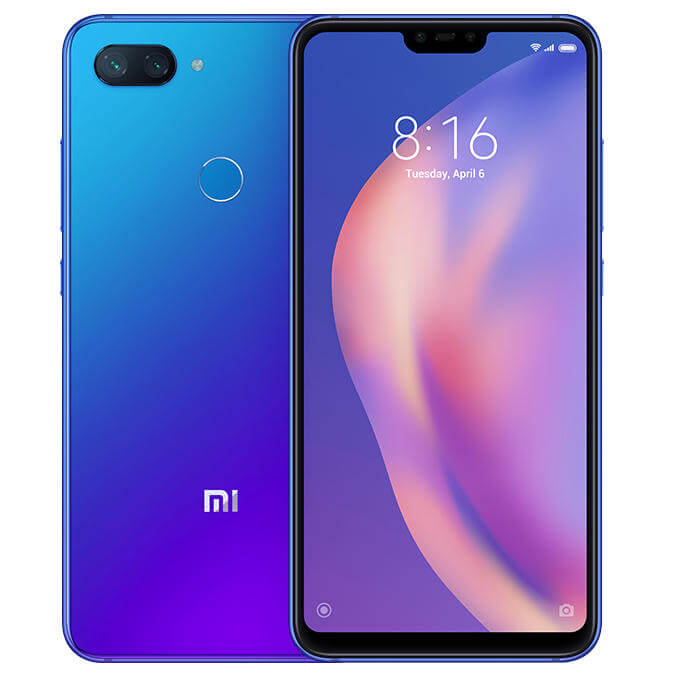 Latest flagship smartphones are pricey, but every once in a while you come across a phone that makes you wonder why people spend nearly a thousand dollars on new smartphones.

With the flagship smartphones of 2019 coming out with less surprising and innovative features, cheaper phones are here to pick up the slack, just like an orange toupe does it to Donald Trump’s receding hairline. Lots of people are getting excited about the cost of new models from Chinese brands, and for a good reason: Chinese smartphones give us flagship specs for budget prices.

Today we will look at 4 best smartphones under $300 that we chose according to the hardware specs, display quality and the presence of typical modern features like USB type-C charging ports, fingerprint sensors and fancy display camera notches that all the new high-end phones have.

FASTEST CHINESE SMARTPHONES OF 2019 FOR LESS THAN $300

A more simple sibling to Xiaomi's 2018 flagship, the Mi 8 Lite is delivering a premium design, decent performance and some surprisingly capable cameras. It has almost every design aspect usually associated with phones in the $500+ bracket. If you told someone you paid twice as much for the Xiaomi Mi 8 Lite, they would likely believe you. It’s body is metal and there’s a display notch and slim screen borders. Mi 8 Lite gets a very good 24 MP front-facing camera and the rest of the hardware is also quite good for a mid-range device.

The difference between its screen and the displays of some $700 phones is not very obvious. Xiaomi Mi 8 Lite can make content look rich and natural. It has a Snapdragon 660 processor, an octa-core chipset with Kryo 260 cores, and an Adreno 512 GPU. This is much more powerful than the CPUs of the Moto One, Nokia 7.1 or the Samsung Galaxy A7. The Xiaomi Mi 8 Lite’s video is interesting, too. It can shoot footage at up to 4K resolution (30fps) and it also has electronic image stabilization for 1080p and 4K capture. And just to mention, stabilised 4K is almost unheard of at this level. There’s no wireless charging hardware in the Xiaomi Mi 8 Lite, but it does have a USB-C input and fast charging, which is now an important feature in making a phone seem current.

Get on AliExpress
Get on Amazon (US)

If you have done research on affordable and fast phones, you likely came across Xiaomi’s Popo F1.

The jewel in this phone’s crown isn’t just its low price, it’s what you get for your money. Not only does the Pocophone match OnePlus 6 or Honor 10, it beats phones like the Galaxy S9 or Pixel 2. The company’s decision to load the F1 up with Qualcomm’s fastest ever processor is a very bold move. By some tech wizardry they used Snapdragon 845, the same chip that powers phones costing upwards of twice the price. Then to shoot a final nail in the coffin of the high-priced phones Xiaomi paired it with options for 6GB or 8GB of RAM. Pair that with a choice of either 64GB or 128GB of storage, and you’re looking at a proper mid-range moonshot. You even get a 3.5mm headphone jack, which is quite refreshing, and the phone’s 4,000mAh battery is topped up via a USB Type-C charging port on the bottom edge.

The dual-SIM slot on the left edge also allows for storage expansion up to 256GB in capacity, and the volume button sits next to a slightly rounded rectangular power button on the right. There’s an extended 6.18-inch Full HD+ screen that dominates the front of the F1, sporting a 2246 x 1080 resolution. There’s no HDR support or any such cutting-edge tech wizardry, but it’s nonetheless a display that has no business being on a $300 phone – and yet here it is, in all its visual delight.

Get on AliExpress
Get on Amazon (US)

A few weeks ago we have uploaded a review of a Umidigi F1. F1 play is very similar, but it has some distinct differences, with notable changes in memory and camera. They both pack a 6.3-inch display with a waterdrop cutout, and each has a massive 5150mAh battery. F1 Play has more RAM – 6 GB instead of 4, and a higher-Megapixel rear camera – 48 instead of 16.

The newest Mediatek Helio P60 processor, 6GB of RAM and the Mali G72MP3 video chip, provide an acceptable number of frames per second even in demanding applications. The internal storage in 64GB may not be enough, but the microSD card slot is always ready to help. F1 Play features a gorgeous 6.3-inch FHD+ (2,340 x 1,080). UMIDIGI includes NFC and global radio bands. Anyone should be able to use the handset to make wireless payments and connect to a cell tower no matter where you are in the world.

Additionally, the UMIDIGI F1 Play, which runs near stock Android with no annoying apps and ads in the UI.

Get on AliExpress
Get on Amazon

The Lenovo S5 Pro is a revamped version of its predecessor, the Lenovo S5. It is a mid-range smartphone with dual cameras on its front and back. Additional features of the dual cameras include optical zoom and support for artificial intelligence-powered portrait shots for the rear cameras.

For display, the Lenovo S5 Pro features a large 6.1-inch Full HD+ display which has a screen resolution of 1,080 x 2,246 pixels. There is a notch on the top-center of the screen, which is the common design on recent smartphones to maximize screen size. Besides that, the 3,500 mAh battery of the phone carries support for 18W fast charging. Lenovo S5 Pro offers an impressive camera and decent hardware specifications. It is not as high-performing as the top range smartphones, but it is enough to satisfy most users who love taking photos on smartphones and running multiple apps without issues.

Get on AliExpress
Get on GearBest

There was another option in this list – Honor Play (Huawei's subdivision), however at this time it is not advisable to buy Huawei/Honor devices. They will stop getting official Google updates in less than 90 days. It is possible that Huawei will build their own OS based on Android, but it will likely not have any official Google services included into it.

If you are still looking for the higher-end phone packed with features like wireless charging and AMOLED displays, we will see them next week. And if you want to see other tech gadgets at bargain prices, head over to our shop section.

Things that make you seem rich

Aliholic.com is a participant in the AliExpress and Amazon Services LLC Associates Program, affiliate advertising programs designed to provide a means for sites to earn advertising fees by advertising and linking to AliExpress.com and Amazon.com respectively.

*Amazon and the Amazon logo are trademarks of Amazon.com, Inc., or its affiliates.

Additionally, Aliholic.com participates in various other affiliate programs, and we sometimes get a commission through purchases made through our links.