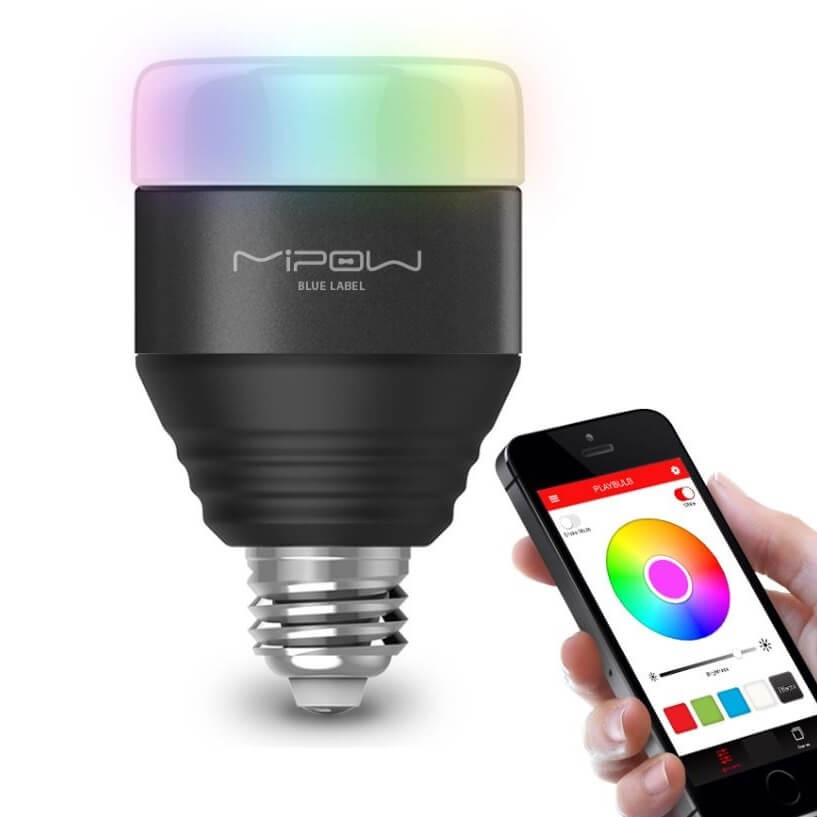 In the last video about the Best Wireless Gadgets from AliExpress, a lot of you have expressed an interest in a smart LED bulb that can be controlled via Bluetooth. These bulbs are sold on AliExpress for around $20 USD, and are made by manufacturers such as MIPOW and Xiaomi.

The bulb is based on an RGB additive color model in which red, green and blue light are added together in various ways to reproduce a broad array of colors. The bulb is claimed to produce 16 million colors, but in reality it has just 16, with millions of minor variations in hue and saturation. Nevertheless, I liked the concept, and decided to give it a try. I ordered one from AliExpress, and a few weeks later I had it in my hands. The bulb was packed in a layer of thick industrial-grade bubble wrap, and inside a retro-looking branded box. The bulb has a E27 plug type, which is considered a standard for the home lighting systems. For some reason, whoever built our house had different beliefs, so the only place I could fit it was the photography light that old roommate has left behind. The body of the bulb is made of moderately thick and soft matte plastic, and the header is a smoke-colored inside with glossy finish outside.

If you plug the bulb in and turn the light on, by default it will have the last mode used. But the real fun starts when you download the app, and start playing around with it. The app is called PLAYBULB X Power App, which is available for free from both Google and Apple App store. The app requires 400 Mb. of space, which, in my opinion, is a bit too much.

The bulb takes a couple seconds to get located, and another second or two to connect. Once it’s connected, I press the bulb name and open the settings. You can either set settings individually, or if you have several bulbs, they can be grouped together and adjusted simultaneously.

There are 4 basic colors at the bottom, and an RGB color wheel on top.

The bulb is pretty responsive, and changes colors practically right after you select them in the app. The color toggle on the top right can be switched on and off, when it’s off, the light turns white and you can adjust the brightness, which otherwise can be adjusted by bringing the color wheel closer or further away from the middle. The shake function picks a random color when you shake your smartphone.

The effects tab is where it is at.

The first one is candle effect, where the bulb randomly changes the brightness setting, imitating candle light. You can pick any color for that.

The next is flashing, which is pretty self-explanatory. You can adjust the color it flashes, and the speed of flashing, going from very slow to very fast.

The rainbow effect makes the bulb switch between the primary 16 colors. You can adjust the speed of how fast that happens.

The rainbow fade helps is similar to the regular rainbow, but the brightness comes in and out before the color changes.

Beside the regular bulb, they have a few other things, like waterproof garden bulbs, lights shaped as different animals, lights with speakers, candle lights which you can turn on and off by blowing at them, and all of these things can be controlled via the same app.

Bulbs with the same functionality by Xiaomi: