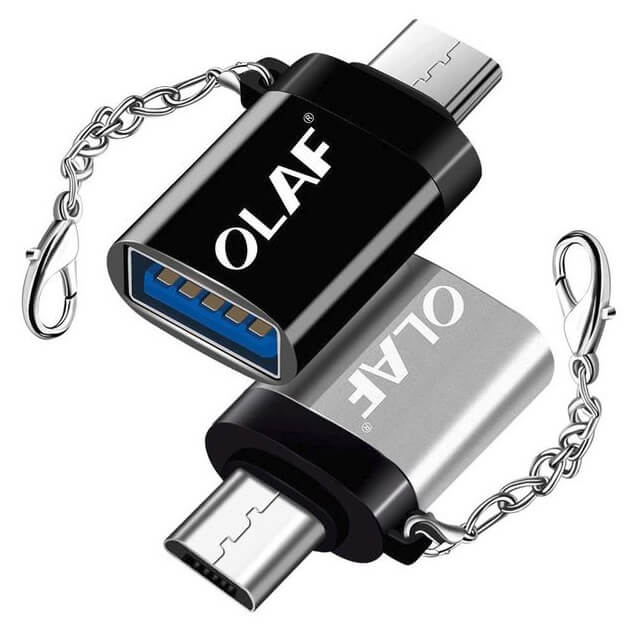 In this post we will see 30 cheap electronic products from AliExpress for $3 or less, including free shipping to most countries. All product links to these gadgets are right below the pictures.

First product is this a power dock station with options for different type of chargers. It’s a charging cable that is also a smartphone stand. The cable is removable, so the dock does not need to be thrown away if/when the cable breaks.

You can use it to power your phone and tablets, while having them in an upright position in case you need to use them while they charge.

There are many cheap and useless earphones on AliExpress, but it is possible to find reasonably-priced ones with good sound at under $5.

For example, these ones with all-aluminum earbud shells. They have a carbon fiber diaphragm, a volume switch, a microphone, and a separate button to start and end calls without having to reach for your phone.

If you don’t have money, or don’t want to spend a lot on the Razer, here is a $3 alternative.

It has been purchased over 2100 times, and the feedback looks very promising. The mouse is wireless, and comes with a USB receiver. The receiver hides inside the mouse when you receive it. There are several color options to pick from.

Another useless geeky thing is this 3-diode LED USB bulb. You insert it into the USB port, and it lights up. Small, very simple, and elegant. This listing sells 2 of them for just $0.54!

The second product is this handy USB LED light. It looks like something Xiaomi would make, but it seems to be a no-name light. I use it as a backup lantern with a power bank when I go camping.

The light starts working as soon as you insert it, and it produces warm white light. The light is bendable, although it is not as cooperative as you would want it to be.

A card reader is a useful thing to have. There are a few different ones, some of which can be as low as $1, but this particular one can support 11 different types without any additional adapters.

The card reader comes with its own USB cable to connect to your laptop or desktop.

Have you ever seen those old-school apple commercials, or Jabbawokeez’ performance? These lights would light up any night outing, whether you are going to a music festival, or for a night out in town, you weirdo.

They are fully bendable, and each strip is 2 meters, or about 6.5 feet long. The lights require a power source.

A flashlight is a necessity when you camp overnight, and a useful thing to have around the house, if, for example, the lights go out, or if you need to do something at night or in a dark room without waking others up.

This one has a light bar on the side to work as a light bar to light up close spaces, as well as a separate bulb on top to work on the distance.

This silly smartphone sound amplifier is intended for an iPhone 4, but it should work with other smaller smartphones with screens no larger than 4.7”. If you look at the feedback photos, you would notice that it is actually smaller than it looks at the pictures.

This amplifier is made out of silicone.

Another thing is this USB fan, that we have unboxed in one of our previous videos.

It turns on as soon as you plug it in, and it does not hurt much when if your fingers accidentally get caught in the propeller. The propeller itself is rather soft and removable, which makes it easier to carry around.

If you like to experiment with electronics, check out these solar panels.

I probably should have paid more attention in physics in high school, and don’t understand a lot about the electrical currents, but from what I see in comments, people say that each panel provides 1 watt, and 120 mAh.

If you are into crafts, or just generally into fixing things around the house, a glue gun is a handy thing to have. It does not come with any glue sticks, you need to purchase them separately.

Get on AliExpress (EU plug)

If you are afraid of the dark or of breaking your pinky toe on the cabinet corner,  consider getting this night light. It plugs into the wall outlet and has movement and light sensors.

Another option for home decor is this alarm clock that is also a thermometer. It lights up when you want it to, shows you the date, and wakes you up in the morning when you least want but most need it.

With the mass popularity of fidget spinners, selfie sticks are getting less hate, and if for whatever reason you want to buy one, you totally can. I don’t know if you should, but you certainly can.

Someone I know got the same one from a store for $30, but you don't have to make the same rookie mistake.

Smoking has become a lot less popular over the years, yet cars still come with cigarette lighter plugs. To keep your gadgets charged here is an adapter with a USB socket.

If you need a backup option for all your music, or if you jog or do other sports, this MP3 player is small and more portable than any smartphone. The capacity is 8 Gb, and the case is metallic.

There is a clip on it for the ease of use.

This LED bracelet is another trinket for festival enthusiasts. There are several color to pick from, and they are said to have a sound sensitive sensor in them, which makes them glow in tact with the music.

Another product is this LED string light. Each roll is 5 meters, or about 16.5 feet long. They are good for casual lighting, if you want to add an unusual element to cozy up your room decor.

The next thing has been featured in our “Worst Things From AliExpress” video, but given that many people in comments said that it works one for them, here it is. With the special app, you can assign a pretty much any function on your phone to this button. Very convenient, at least in theory.

Laptops tend to overheat, especially when doing processing work, or while playing more demanding games, which then leads to damaging the internal components, which are seldom replaceable, over time.

This octopus cooling pad will help you keep it colder.

This laser is one of the best-selling products among our viewers. This particular one has been purchased over 6700 times. It requires 2 AAA batteries to work, and judging by the feedback pictures, it can shoot pretty far.

My biggest problem with the made in China gadgets, is that a lot of them have weird charging ports. This 10 in 1 charger cord will keep most of them all in one place. It also has a micro and a mini USB cable just in case.

I have one of these, and when needed, I can charge more than 1 gadget at a time.

If you run at night, this LED shoe clip would keep you more visible to the late drivers. Clip in on, and go for an after-hours jog. There are several colors, and you can pick the one that you like the most. Safety always first.

And when your batteries run out, you can recharge them with this USB-powered charger. It works with AA and AAA batteries, and to avoid unpleasant interactions, you should only recharge the ones that are rechargeable.

With this OTG, or on-the-go adapter you can use USB devices, such as a mouse or a card reader, with your smartphone or tablet. However, before you buy it, it is best to make sure that your gadget is OTG compatible.

Unfortunately, some of the manufacturers are following Apple’s footsteps, and releasing their phones without the 3.5mm jack. So some of the newer smartphones are not equipped with the earphones sockets.

If your smartphone is like that, this type-C to 3.5mm adapter will help you enjoy music without having to rely on Bluetooth.

As an alternative, if you want to listen to music with regular AUX earphones while charging your phone I suggest to go with this option instead.

VR is becoming more common. With the rapidly increasing releases of 360 cameras, some of which are as cheap as $100 or less, you still need a VR headset to enjoy the 360 videos.

If you don’t have money for an Oculus Rift, which, to be fair, is well worth it, here is a cardboard version, which even comes with a strap so that you don’t have to hold it with your hands. If you are buying one, read the description because there are some smartphone size restrictions.

LED tire valve caps will add an extra zing to your bicycle. They come with a motion sensor, so that you don’t have to turn them off or remove the after each use.

They have a small piece of plastic inside between the battery and the sensor, be sure to remove it before using them.

FIDGET SPINNER WITH A SPEAKER

And when you thought things couldn’t get even more ridiculous, here is something for you to reconsider: a fidget spinner with LED's that … wait for it…. is also a Bluetooth speaker. What a time to be alive! I feel like I’m losing brain cells just by looking at it.

Although a part of me wants to buy one and blast 8-bit music through it. If you can’t wait to get it sooner, there is an e-Packet option for a $1.80.

We have a lot of collections with inexpensive electronics from AliExpress. You can also see more individual products in our shop section, examples of said products below: 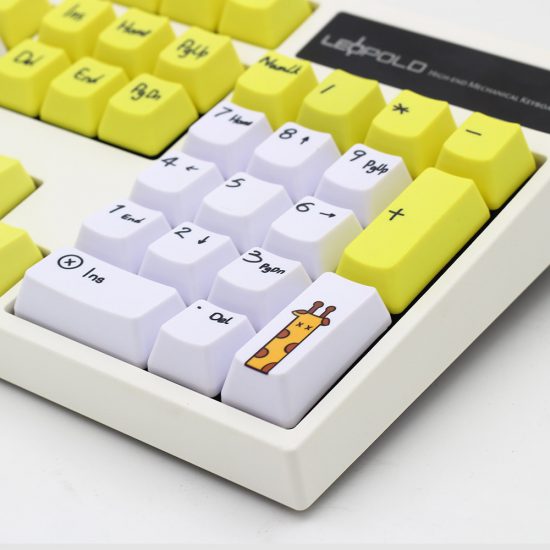 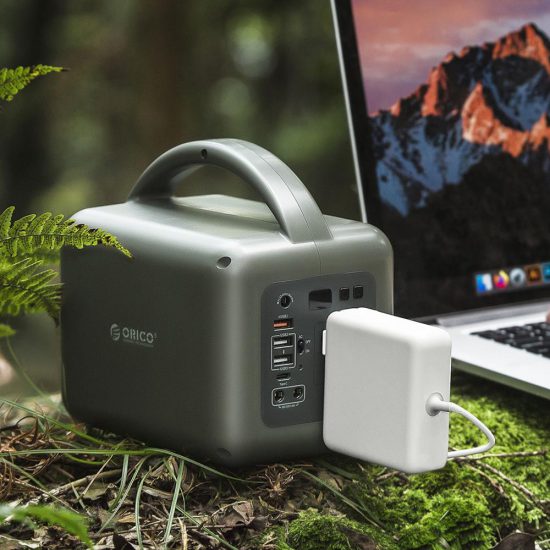 We have selected over 600 best products from AliExpress in different categories, with new products being added every day!